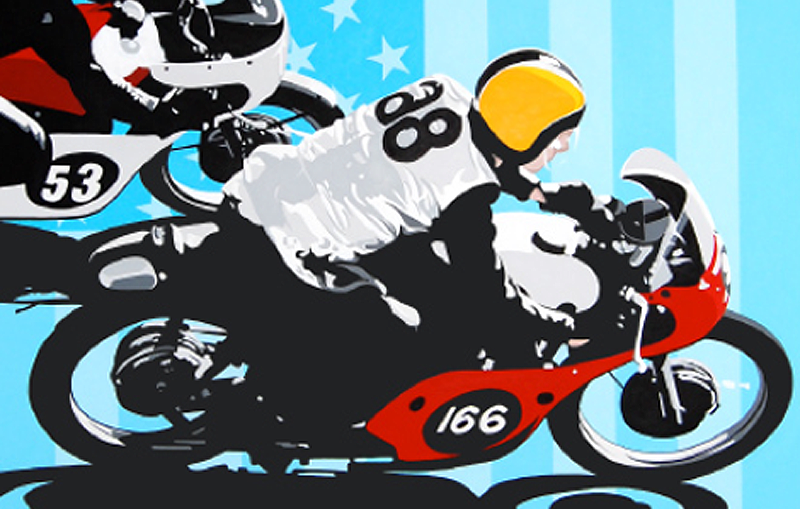 Conrad Leach is a contemporary artist living in London. His subjects are mostly drawn from the world of film, television and music – iconic figures he felt had influenced his stylistic aesthetic. Guess the most famous ones are pop-art illustration of Jackie Kennedy, Al Pachino, Bob Marley and James Dean.

His work is graphic and Pop-art inspired, with subject matter of celebrity portraiture, the romance of typically masculine pursuits of car and plane and motorcycle racing, plus symbols associated with the latter (logos, iron-on patches, flags, etc.). 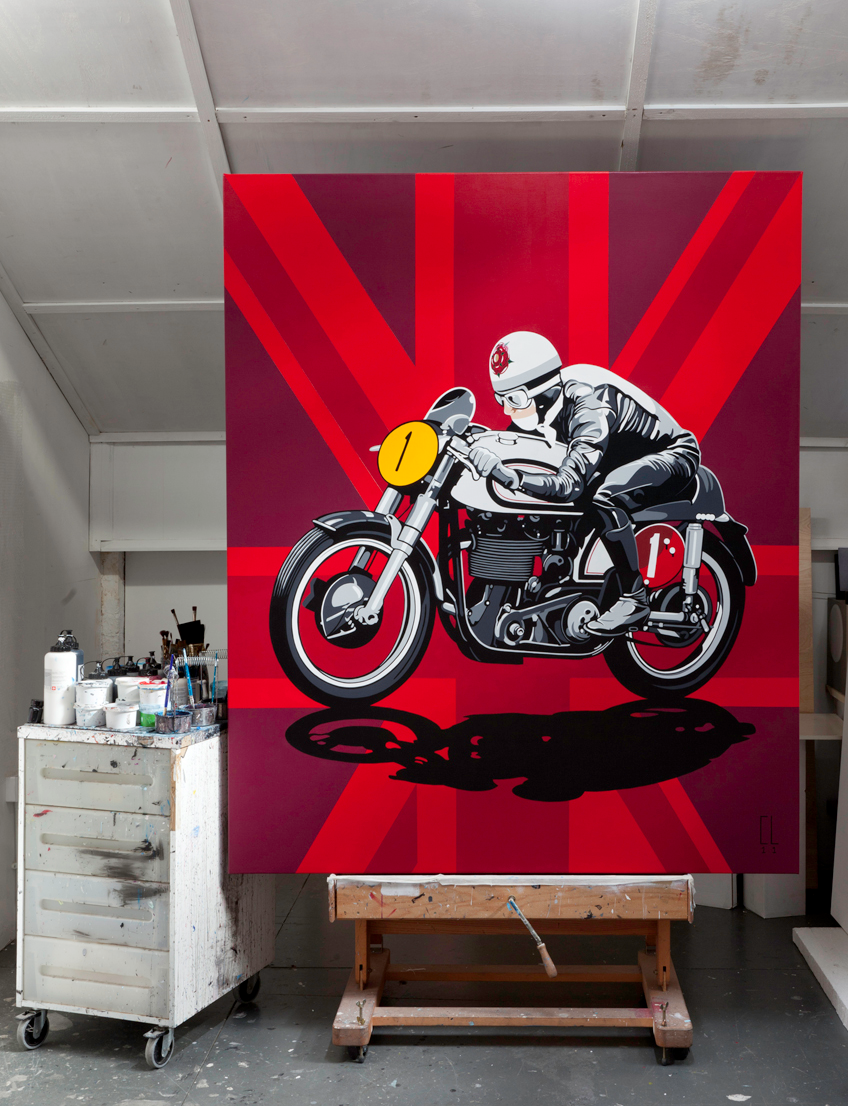 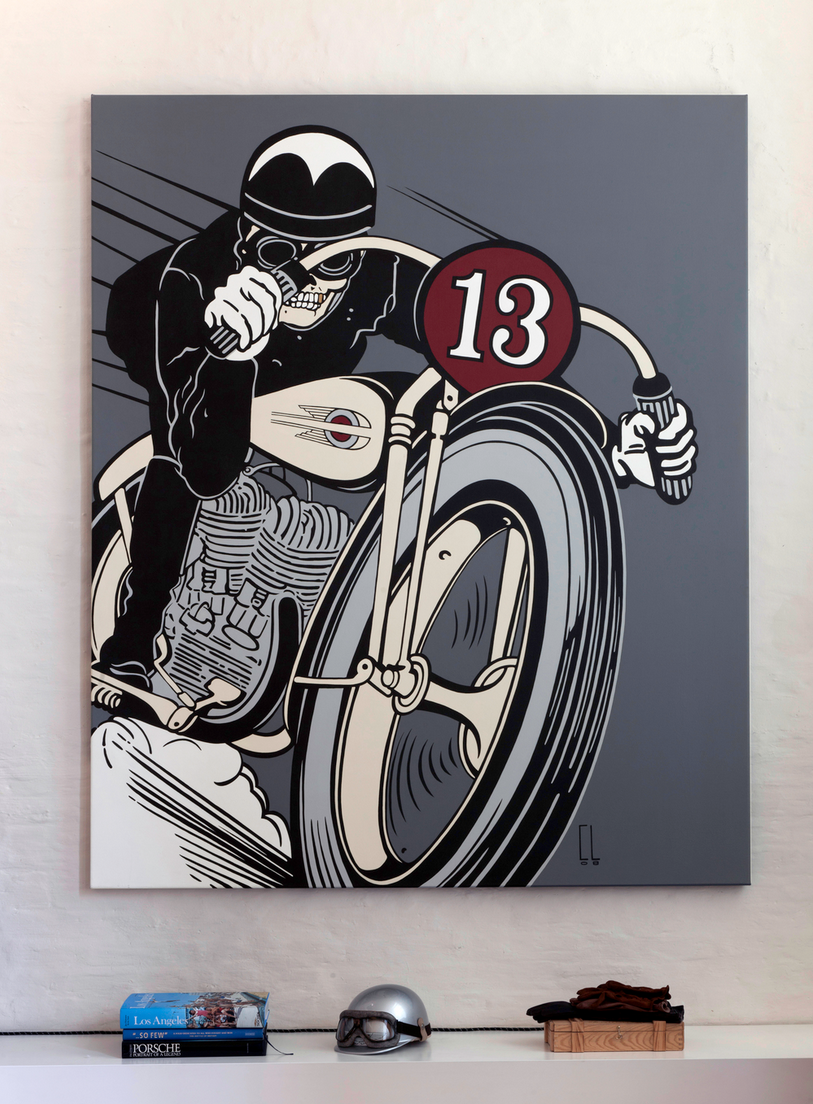 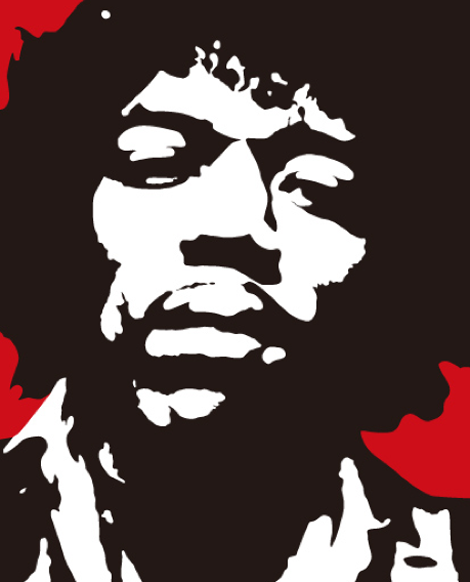 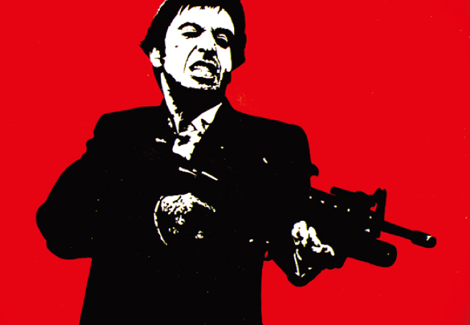